A people lost. A past denied. An odyssey forgotten.

Their tales … for the first time ever. 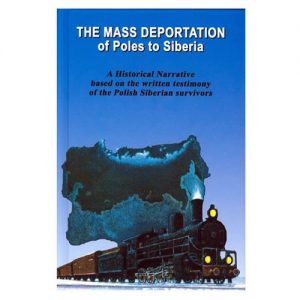 In the middle of a night in February 1940, Joseph Stalin forces at gunpoint hundreds of thousands of men, women and children from their homes in Eastern Poland. They embark on a 3,000-mile journey to the coldest reaches of the earth.

We went into the woods.
We ate berries, green leaves, mushrooms.
We heard barking.
The wolves would rip our bodies open and devour us.
—Bronislawa, Age 13

The starved survivors walk for thousands of more miles only to join their Russian captors in the battle to win the Second World War against Nazi Germany. From the deserts of Iran to the jungles of Africa to the shores of New Zealand to the orphanages of Mexico—no one gets home alive, a place burned to the ground and erased from the maps. But a light is kept burning in the night. They build new lives and find hope once again.
A people lost. A past buried. An odyssey forgotten. Until now . . .
Sixty-six stories of resiliency and redemption.