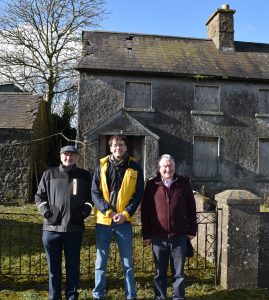 Welcome! I am a writer, editor and educator and live in beautiful Western Massachusetts. My work is a blend of memoir, criticism and journalism.

How My Ancestors Began Their American Dream, with fabulous photographs, paintings and graphics, on the 175th anniversary of the arrival of the Carolans to America (1847-2022). Provide your email at that site so you can receive updates on my work on medium.com. Read IrishCentral here. And listen here.

Listen to my pandemic essay here.

Read Part 1 (of How My Ancestors Began Their American Dream) published in Boston and Philadelphia, called Éireann’s Exiles. Also up on IrishCentral, a very popular site with 3.5 million monthly hits. Listen here.

Listen to my homage to a forgotten 19th century author and newspaper editor born just down the road from my home at Dwight, in northern Belchertown, Massachusetts.

An Irish Passenger, An American Family, And Their Time My old website created as a student in the MFA Program for Poets and Writers at UMass, found in the Wayback Machine!

2019 was the 10th anniversary of my essay, “Breaking Point: The Search for a Postwar Grandfather”, which also happened to be among “Notable Essays of 2008,” which were selected by Robert Atwan, series editor, and appeared in The Best American Essays 2009, edited by Mary Oliver. The essay originally appeared in the Autumn 2008 issue of The Massachusetts Review. An earlier version of the essay won the Atlantic Monthly Essay Prize that year.

Here’s more on the Best American series, or you can skip to the right and hit the play button and hear me read it:

“The Best American Essays features a selection of the years outstanding essays, essays of literary achievements that show an awareness of craft and forcefulness of thought,” writes series editor Robert Atwan in the Introduction. “Hundreds of essays are gathered from a wide assortment of national and regional publications. These essays are then screened, and approximately 100 are turned over to a distinguished guest editor….The list of Notable Essays appearing in the back of the book is drawn from a final comprehensive list that includes not only all of the essays submitted to the guest editor but also many that were not submitted. To qualify for the volume, the essay must be a work of respectable literary quality, intended as a fully developed, independent essay on a subject of general interest, not specialized scholarship, originally written in English, or translated by the author for publication in an American periodical during the calendar year. Today’s essay is a highly flexible and shifting form, however, so these criteria or not carved in stone.”

The Best American Essays 2009 was the 24th volume in the series; it was dedicated to writer John Updike, who died that year. The editor was the poet Mary Oliver, winner of the National Book Award and the Pulitzer Prize.

“Michael Carolan’s beautifully crafted essay, “Breaking Point: The Search for a Postwar Grandfather,” moves back and forth in time exploring the relationship between the trauma of earlier generations and his own.” – Sima Rabinowitz, Newpages.com